GRIT is an Americana, Blues, and Folk band consisting of Aaron, who plucks on string instruments and huffs into the harmonica; Corissa, who sings and plays acoustic...

The MAIN believes in providing avenues for artistic expression that celebrates the unique character of the Santa Clarita Valley. We will help promote, support and...

For 20 years our venue has been a local performing arts venue in Old Town Newhall. In February 2017, the City of Santa Clarita took...

Showcasing a Different Artist Each Month Join us for an intimate and unforgettable night of comedy at The MAIN!

We have pulled together for you a show featuring some of our favorite comedians at this evening of jokes, fun, stories, and more! You will chuckle, giggle, and possibly even howl with laughter during this show. Our comedians for the evening present the craft in a variety of ways, so you are sure to experience an eclectic evening of comedy.

Jeff Frame
Jeff has opened for Emo Phillips, Tom Green, Elayne Boosler, Larry Miller, Bert Kreischer and Mark Eddie.  In addition to being a comic, he’s also the director and producer of the Comedy documentary “Bert Kreischer: I Am the Machine” which was released in 2016.

Tom Clark
Tom Clark was born and raised, in that order. He has appeared on Comedy Central, Conan, and has stand-up specials on both Dry Bar Comedy (I'm A Rescue) and Amazon Prime (Outraged.)  Clark has also acted on HBO's Room 104 and Euphoria, ABC's Fresh Off the Boat, and TNT's The Closer. www.tomclark.com

Mary Gallager
In 2018, Mary had her national stand-up television debut on The Late Show with Stephen Colbert. In 2019 Mary performed on Amazon Prime’s Laugh After Dark and was featured in the hidden-camera horror show Prank Encounters. In 2020 Mary was part of The Montreal Comedy Festival with her web series “Be My Therapist.”

John Wynn
John was named New Times’ Best Comic in Miami, and finished in third place in the 2017 World Series of Comedy.  John was also a 2018 semi-finalist for NBC’s Stand-Up for Diversity.

Check out Santa Clarita’s newest multi-use arts center, The MAIN, located in the Old Town Newhall Arts and Entertainment District. This theatre is a home for music, comedy, film, theatre, visual art, classes, workshops and meetings, and serves as the welcome center for visitors to Old Town Newhall.

Every month The MAIN offers an eclectic blend of shows that are both FREE, and affordably priced, that will entertain attendees of all ages. In addition to great shows, The MAIN is also a place to learn and grow through youth acting classes, artist discussions and workshops, and the rotating arts exhibit on the walls of the theatre lobby. For those searching for a venue to host an event, meeting, presentation, or film production, look no further than The MAIN for your rental needs.

There are so many great opportunities awaiting you at The MAIN. Take a stroll down Main Street in Old Town Newhall to experience what The MAIN has to offer. 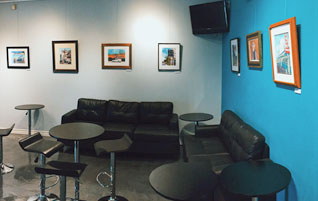 For 20 years our venue has been a local performing arts venue in Old Town Newhall. In February 2017, the City of Santa Clarita took...
Read more 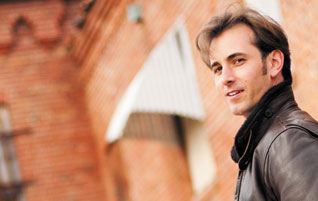 On Thursday nights, beginning at 7:00 pm, The MAIN hosts a series of FREE events as part of the Thursdays@Newhall series. Click on each event for...
Read more 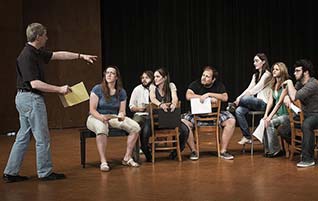